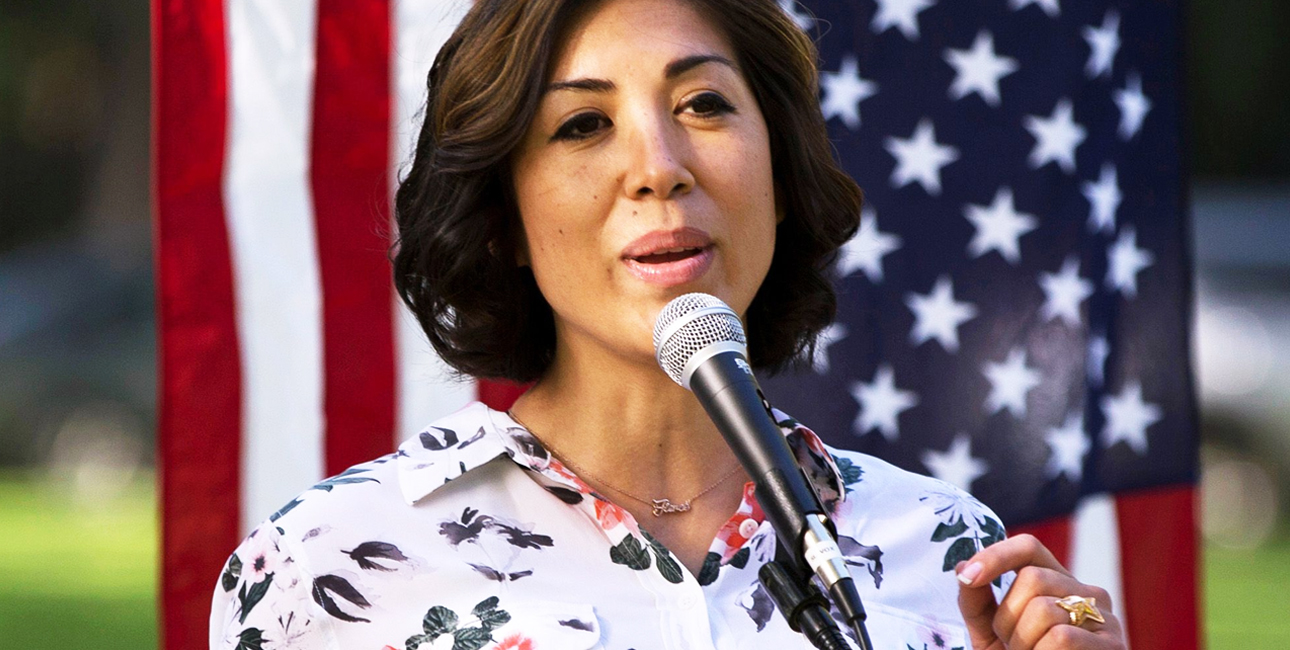 The 38-year old politician’s heritage includes ancestry from the Coeur d’Alene, Sinkiuse-Columbia, Nez Perce and Yakama tribe. But that’s not all that would make her election a major change in the landscape of Idaho Politics.

Idaho is a deep-red state and many people saw the race for Democratic Party’s nomination as an academic exercise.

The real race for governor’s post, they believed, would be the contest in the Republican party’s primaries.

As things have turned out, the incumbent Governor Butch Otter won’t be running to earn a fourth consecutive term in the same position.

Instead, his deputy, the lieutenant governor Brad Little would be aiming to claim the position of his successor and would be up against Jordan.

Jordan is not completely devoid of certain attractive elements for Conservatives herself. She comes from a family of ranchers and is a gun-owner who like to ride around her property on a horse.

Apart from that, she is liberal progressive who has caught the fancy of the core support base of the Democratic Party and has been earning a spate of endorsements from various liberal and left-leaning groups.

This includes Planned Parenthood, Democracy for America, People for the American Way, Indivisible and, most interestingly, People for Bernie Sanders.

The conservative nature of Idaho is for all to see. The state  has been consistently electing Republican Governors and also voting for the Republican candidate in the Presidential elections. The last time the state had a Democratic Governor was 1995 when Cecil Andrus finished his term as the Governor.

Similarly, the last time a Democratic Presidential candidate carried the state was when Lyndon B Johnson was on the ballot.

So, it is unlikely that the state’s population would suddenly change its political affiliation and turn the state blue.

In the 2016 Presidential election, Donald Trump carried this state by a margin of 32 points.

But there is some hope for Jordan. Her opponent is 64-years old while she is a sprightly 38, so there is an opportunity to claim the youth vote.

Idaho mainly consists of rural areas and suburbs which are deeply conservative.

Hence, it would be impossible to run an election campaign here without appealing to some of those causes which are dear to the hearts of the population.

At the same time, in order to have the full backing of the Democratic base, it is necessary that Jordan also raises those issues which are dear to them.

Here, she has to do a fine balancing act and indeed, she has done precisely that.

While raising issues which clearly delineate her as a Democrat like supporting planned parenthood and keeping public lands from being privatized, she is also flaunting her love of hunting and her gun-ownership to appeal to people on the other side.

But there is something that is happening in Idaho which could turn the tide of elections in favor of Democrats in the future. That is the slow demographic change. Idaho has been growing rapidly and has a very low unemployment rate.

This has resulted in an influx of people from California and Washington. These are blue states and its people are likely to be Democrats.

Hence, it’s quite possible that Idaho’s would be, in future, a less conservative state. Another factor that could work in the favour of Jordan is that in the 2016 Democratic Primaries, Bernie Sanders recorded a thumping victory over Hillary Clinton.

This showed that the energy in the Democratic Party in Idaho is with young progressives. These sorts of people are more likely to flock to her support rather than a moderate.

In fact, it could be said without exaggeration that Sanders’ victory clearly inspired the campaign of Jordan.

In conclusion, it can only be said that Democrats are making a spirited attempt to change the fundamentals of Idaho politics. Will they succeed is something only time will tell.